Forgetful Kyoko~ How precious is a memory

Okitegami Kyoko no Bibouroku, she is a young woman detective who unfortunately only has one day memory, the memory will be gone once she sleep.  She has nick ‘detective’ name: a Forgetful Kyoko.

This J-drama made based on manga comic and book. I just love the color of Kyoko’s hair, pinkish silver I think. 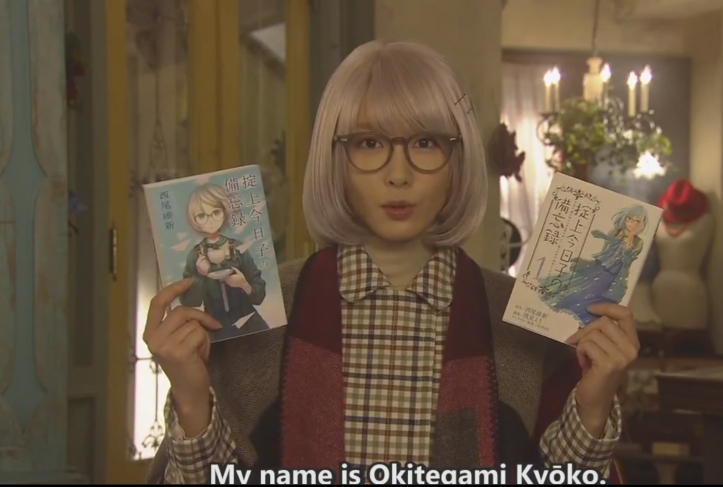 Kyoko was stumble upon a man name who has last name Yakusuke which also means ‘unlucky/jinx’.  Carry such a name, the guy always think he has unfortunate life, one of it is always getting fired from his job, until he met Kyoko who convince him that all the unlucky things nothing but his way of thinking.

I love how this drama has its own story per episode, interesting to see how Kyoko has to begin new life every morning and solve a different case everyday.

My fave episode so far is Episode 5, don’t worry I won’t spoil the story.  I am just saying the classic Japanese house interior and the hills view in the end of the episode really touch my feeling. Hard to describe just likes it so much.

The drama also taught a very deep lesson, how precious is for someone to be able to have a good memory on the past, even if its a painful one.  The ability to remember when you fall in love with someone and have a happy days really precious. Not many people realize it.

When I wrote this, Episode 10 is just began, waiting for English subs, cause even I study Japanese long time ago, I barely understand the language.

My desire still want to go to Okinawa, Japan with my hun 😉